How “meritocracy” went from a joke to a dogma, and destroyed the lives of everyone it touched 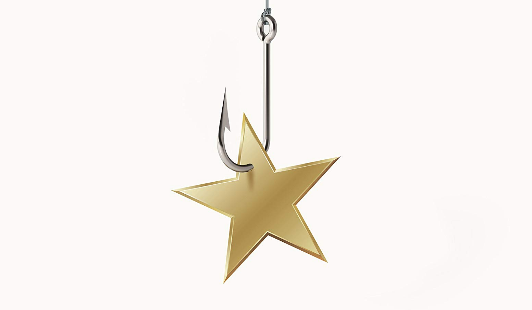 The term “meritocracy” was coined in Michael Young’s satirical 1958 novel, “The Rise of Meritocracy,” where it described a kind of self-delusion in which rich people convinced themselves that their wealth was evidence of their moral superiority; it’s well-documented that a belief in meritocracy makes you act like an asshole, and also makes you incapable of considering how much of your good fortune is attributable to luck; now, in a new book, The Meritocracy Trap: How America’s Foundational Myth Feeds Inequality, Dismantles the Middle Class, and Devours the Elite, Yale Law professor Daniel Markovits documents how a belief in meritocracy also makes rich people totally miserable.

Meritocracy poses our society as a finite game with winners and losers, and its circular reasoning (“the best people succeed, therefore anything you do to succeed makes you better than the people who lose”) creates an endless drive to destroy yourself with workaholism and to ruin the lives of the people around you with cheating (think of the parents who ruined their kids lives by bribing them into top institutions).

Meritocracy also turns you into a eugenicist, because the only way to reconcile your ability to grift your kids to the front of the line even though they’ve done nothing to deserve pride of place is to invest in a belief in “good blood”: you succeeded because of your in-born meritocratic grit and gumption, so your kids deserve to succeed because they inherited that trait from you. In other words, “meritocracy” starts in a belief that deeds are evidence of worth, but ends up being a belief that blood is your evidence of worth: a doctrine that is supposed to be anti-aristocratic ends up reinventing the aristocracy (this is why Whuffie is a terrible idea).

From his perch at Yale Law School (an institution that deliberately reformed itself to end hereditary admissions preference in favor of a “meritocratic” process), Markovits has a front-row seat for the ways that the meritocracy delusion ruins life for everyone, not just the losers. As he says: “The elite should not—they have no right to—expect sympathy from those who remain excluded from the privileges and benefits of high caste. But ignoring how oppressive meritocracy is for the rich is a mistake. The rich now dominate society not idly but effortfully.”

A person who extracts income and status from his own human capital places himself, quite literally, at the disposal of others—he uses himself up. Elite students desperately fear failure and crave the conventional markers of success, even as they see through and publicly deride mere “gold stars” and “shiny things.” Elite workers, for their part, find it harder and harder to pursue genuine passions or gain meaning through their work. Meritocracy traps entire generations inside demeaning fears and inauthentic ambitions: always hungry but never finding, or even knowing, the right food.

The elite should not—they have no right to—expect sympathy from those who remain excluded from the privileges and benefits of high caste. But ignoring how oppressive meritocracy is for the rich is a mistake. The rich now dominate society not idly but effortfully. The familiar arguments that once defeated aristocratic inequality do not apply to an economic system based on rewarding effort and skill. The relentless work of the hundred-hour-a-week banker inoculates her against charges of unearned advantage. Better, then, to convince the rich that all their work isn’t actually paying off.

They may need less convincing than you might think. As the meritocracy trap closes in around elites, the rich themselves are turning against the prevailing system. Plaintive calls for work/life balance ring ever louder. Roughly two-thirds of elite workers say that they would decline a promotion if the new job demanded yet more of their energy. When he was the dean of Stanford Law School, Larry Kramer warned graduates that lawyers at top firms are caught in a seemingly endless cycle: Higher salaries require more billable hours to support them, and longer hours require yet higher salaries to justify them. Whose interests, he lamented, does this system serve? Does anyone really want it?

President Barack Obama opened his summer reading list post with encouragement to read or re-read Toni Morrison and then suggested ten other titles including the following: • Sometimes difficult to swallow, The Nickel Boys by Colson Whitehead is a necessary read, detailing the way Jim Crow and mass incarceration tore apart lives and wrought consequences […]

The Folio Society’s limited, slipcased editions (previously) are some of the most beautiful books being produced today; the company’s $225 Marvel: The Golden Age 1939-1949 ships in late September, and includes a facsimile of the ultra-rare Marvel Comics #1, reproduced from one of the last surviving mint-condition 1939 copies.

In 2017, science fiction author Christopher Brown burst on the scene with Tropic of Kansas, an apocalyptic pageturner about martial law in climate-wracked America; now, with his second novel, Rule of Capture, Brown turns everything up to 11 in a militarized, oil-saturated, uninhabitable Texas where private mercs, good ole boys, and climate looters have plans […]

If you’re marketing on the web, your Google-fu needs to be strong – and up to date. Without a firm grasp on what drives traffic, you’ll never be able to take the wheel. That’s why even if you know where to put your keywords, a little extra effort goes a long way on any marketer’s […]

Want to keep the dentist away? A little tooth care at morning and night isn’t bad, but it won’t keep the stains from smoking or fried foods at bay for long. If you enjoy your food and want to avoid the consequences, an upgrade from that old analog toothbrush can make a huge difference. Among […]

If your office works at all, it uses Microsoft Office. Those icons for Word, PowerPoint, and Outlook are as familiar around some workplaces as the coffee machine. So familiar, in fact, that they get taken for granted – and rarely used to their full potential. Whether you need a crash course in the essential tools […]